The young lions, who had been told for years that they were overpaid and overrated, proved what they can accomplish when given a chance. In the Under-17 FIFA World Cup final, England exacted revenge on the Spanish who beat them in May’s UEFA final in Croatia; following the lead of their Under-20 counterparts who beat the same opponent in World Cup in June. Spain had opened the match by delivering two classic counters via Sergio Gomez. But, Rhian Brewster’s eighth goal of the tournament, just before half-time, powered the young lions into a 5-2 world cup win. Brewster’s header at 2-1 gave England hope while Morgan Gibbs-White grasped the equalizer, and from there it was one-way traffic.

Meanwhile, a recent study by Visa shows that 74% of British consumers are ‘Mobile Payment Users’. Does your bank pull a 4-3-3 or a 3-1-3-3 when it comes to digital banking? How does your Bank fare against the disruptive competition? Let’s look at 5 takeaways from the Under-17 FIFA World Cup final and get your bank to Score a Stunner in digital banking!

Digital Banking Lessons from the FIFA

According to the Telegraph, UK, “It was end-to-end stuff from the start, characteristic of this age group – relatively unencumbered as they are with rigid systems”. Your bank needs to automate processes from end-to-end while maintaining a flexible workflow. Your bank needs a unified and configurable banking interface that caters to the end-to-end automation of your banking requirements.

To score a stunner, your bank needs to orchestrate and control the midfield. The young lions morphed into an effective 3-1-3-3 formation, allowing Chelsea youth team defenders Marc Guehi and George McEachran to marshal the space between midfield and the back three. Banks need to connect all their resources – people, processes, and systems in a 3-1-3-3 formation to launch an offensive. Your central midfielder is a configurable and unified process platform, which allows you to deliver a great customer experience to both your internal (employees) and external customers.

Looking back at the game, Steve Cooper, manager of England’s team, said, “It was not one long ball, it was pass-pass-pass and getting to play as a team.” Perfect Passes are what your Bank needs! A unified workflow and a seamless flow of information! In order to gain an edge over disruptive competition and to cater to evolving customer expectations, you need to dismantle silos. Process delays, SLA violations and compliance failures hold organisations back. People are forced to keep holding the ball and keep taking difficult routing decisions. You need to ensure smooth passes! Automated workflows allow transactions to keep moving, without a dropped ball and without a broken pass!

In the 87th minute of the game, Hudson-Odoi linked with Foden to produce the fifth goal of the match. The game delivered was spellbinding with the young lions displaying some serious character. Spain, with all their lead and composure in the first half, were hit by a storm of bravado, patience, and resilience that ended up winning the World Cup for England. It is essential that your Bank delivers a spellbinding performance – customer experience that keeps customers engaged with contextual content. You need to harness sophisticated analytics and digital sensing technology to respond contextually with the right message at the right time!

In the end, it all comes down to execution. England won the Under-20 world cup in June and now it has won the Under-17 world cup. To consistently score a stunner in digital banking, you need to have a great platform that not only automates your processes but also makes them more efficient. It should allow you to perform, engage and deliver a great game, every time! 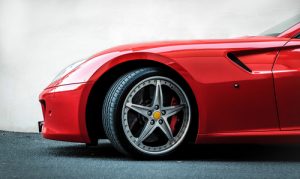 Winning the Game of Commercial Lending

Despite uncertainties, let us show you how to win the game of Lending with our Configurable Unified Platform

Need help? Write to us!